You know what’s funny.  I don’t see another candidate who is committed to VOTING NO on any increases in the size, cost, extending the reach  or power of government.

If you want to know where another candidate stands ask how they will  vote on the same bills.

If his answer is anything but a clear NO.

Why I am running as an independent (why)​

My fellow Americans
I will vote NO!
​on any BILL that increases the...
SIZE...
​COST...
Or Extends The Reach...
or Power of Government!
Seventh Congressional District, map
Blog 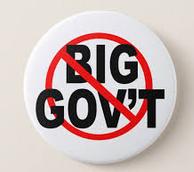 Unlike any other candidate you have ever had – I state the basis upon which all of my votes will be cast:  There will never be any confusion how I will vote... or where I stand on any issue or bill.

I WILL VOTE AGAINST ANY LEGISLATION OR PROPOSALS that WOULD INCREASE THE SIZE, COST, EXTEND THE REACH OR POWER OF THE FEDERAL GOVERNMENT.

IF THIS PROPOSAL IS PASSED WILL IT INCREASE THE SIZE, COST, EXTEND THE REACH OR POWER OF THE FEDERAL GOVERNMENT OVER US?

I’m going to VOTE NO on that bill for those reasons.