In reality there really aren’t any real issues in this or any other race.

Size, Cost, Reach and Power of the Government.

The only issue is the continued growth in the size, cost, extending the reach and power of government.

The way the government grows is through little itsy bitsy teeny weenie increases in all the Federal Bureaucracies.
These Federal Agencies are all under the direct control of the President of the United States.

These agencies make their own rules, regulations, codes guidelines and standards.
They are not laws……..however they have the force of law when applied to that agency.

"Make The FDA Go Away"

What I propose to do is to cut off the money for any new funding for any of these agencies.

Now the other scam is the budget.

These Congressmen vote to fund the bills they voted against. 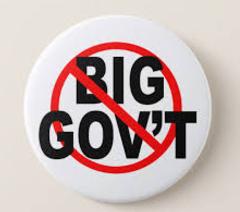 >The public debt has more zeros

>The trade deficit has more zeros.

My position on some specific topics and issues:.

Obama Care  It needs to be de-funded.  It is nothing more than a huge increase in the size, cost, reach and power of      government.

Common Core   De-fund Common Core along with the entire Department of Education.  Republi-con's promise us in 1984 that they would get rid of the Education Department... what happened to that promise?  Read the Education plank, They didn't follow through.

Gun Control  No gun control.  The Second Amendment is as written.

Abortion:  Cut off all funding and  apply the Tenth Amendment.

Agenda 21: This makes the US a gigantic prison.

United Nations:  We need to get out of it.  Have the House of Representatives cut off the money and it's dead.

NAFTA, GATT, “World Trade”:    Nothing to do with trade but these treaties are a means of subverting the US bill of rights and forcing us to harmonize our laws with those of our trading partners.

Fiscal Policy: We need to cut back the funding for the Federal Government, pay off the bonds and go back to a stable currency.
Taxation:  Balance the budget then figure how to pay for it.

Federal Reserve:  Organized theft through inflation by a bunch of criminals

Department of Homeland Security:    It was never intended to protect US.  It protects them and should be considered a standing army under the direct control of the Executive Branch. It needs to be gotten rid of.

Obama and Clinton:  The President of the United States covered-up  crimes of the agencies and Congress  Impeachable offences, Fast & Furious.