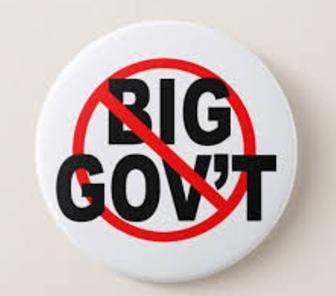 WHAT I WILL DO

I will vote NO in the U.S. House of Representatives on any legislation that will increase the size, cost, extend the reach and power of the government.

No matter how cleverly House Bill is disguised... I will inform you of its intent.

I will ask unlimited questions on the floor of the house on your behalf. In Committee, in Sub Committee and in a thinly attended caucus that most representatives don’t even attend.

“If this bill passes will it increase the size, cost, extend the reach or power of government.????”

And I will demand an answer from the sponsor of that bill.

You know that these clowns don’t write these bills.

http://lennyladner4congress.blogspot.com/2012/01/ngos.html
The other bill that I will write will immediately send shock waves and cause several heart attacks, strokes and a rash of suicides from the people who want to make these US into
a dictatorship. I will introduce a bill that will cut off all taxpayer money from these Non-Governmental Organizations.

I will then ask the sponsor of this bill if he wrote it and demand to know, who did!

Did the Southern Poverty Law Center write this???

Did you get this bill from a bureaucrat at the ATF?

Did a Communist write this bill?

I will personally sponsor two bills and both of these will cause a total collapse in the rape of these United States.

One bill is to eliminate the Federal Election Commission.  The FEC is designed to keep good American’s, like yourself from running for office.  The reporting requirements and compliance to them make it impossible for an ordinary person like me to run for office.
Because of these requirements I can’t raise any money to pay for this campaign.

FYI an NGO is a group that advocates something.  If they want to advocate something why should they do it with your money.???

Why should Planned Parenthood, which advocates infanticide, receive any money from someone who is pro life?

Why should Sarah Brady and the assorted gun grabbers receive any money from someone who is pro gun?

Why should the eco-fascist lobby which is led by the Sierra Club receive a penny from someone who owns private property?

They do because our governments confiscate tax dollars from the people and gives them to these NGO’s which do nothing more than promote dictatorship.

That will stop in a heartbeat.

I will use my position to support any candidate who will vote against any legislation which would expand the size, cost, reach and power of the government.